My Last Day in Massachusetts, Part 2

Inspired by Elisa Gabbert's poem "Last Days Home", I decided to take my bike on a farewell spin of Jamaica Plain the night before the movers came to pack up all our earthly belongings (that was Friday night; it's now Monday afternoon, and I'm typing this post from my Emily's parents' house, where we've been staying since Saturday). I brought my camera along to document my ride. 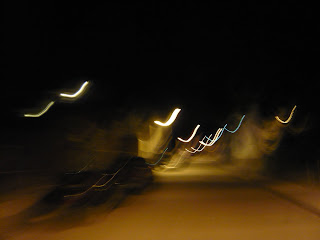 Here's my bike. It's an old Raleigh road bike that I converted into a fixed gear in the summer of 2005. I built the wheels (I even threaded the spokes onto the wheel hubs); I reworked the bottom bracket and the headset; I put on a new chain and replaced the gear cogs with a single, fixed gear. I put on an old Brooks saddle that snapped in two last weekend. 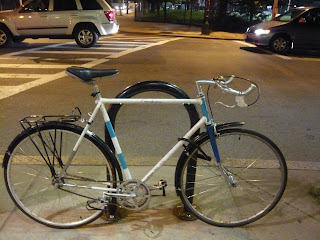 Elisa's poem has that fantastic final sentence: "Coasting—the bottom of / my pedals scrape the grass, and the whole world /
smells like sweet gardens, like California." I love how the penultimate line break makes it sound like she's saying she's coasting over not just the grass but the whole world. And I love the tonal ambivalence of "coasting": is she gliding purposefully toward her future, or is she drifting? 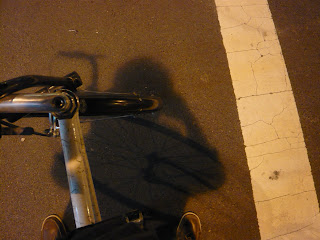 Elisa's "coasting" is interesting in the context of my Raleigh because, as any cyclist knows, fixed gears can't coast. Whenever you are on the bike and the wheels are spinning, the pedals are going around and around. One simply cannot stop pedaling and coast; the bike won't allow it. So the rider of a fixed gear always has more control of his bike: if he wants to slow down, he simply pedals more slowly; if wants to speed up, he pedals more quickly. 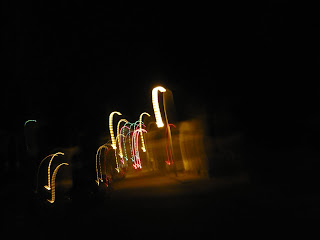 So, thinking about Elisa's "Last Days Home" and the idea of coasting vs. pedaling, I rode slowly around JP on Friday night to savor the neighborhood. I spun past the Victorian mansions and parks, the street lamps and bars, both feet turning around and around but never stopping. 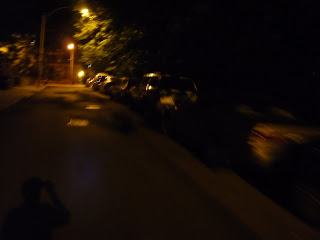 i'm a girl from boston who married a boy from oklahoma. we're now living in okc. good luck with your move!