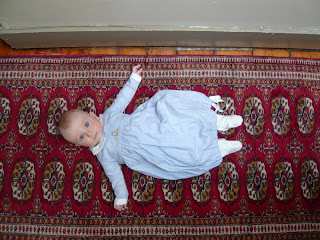 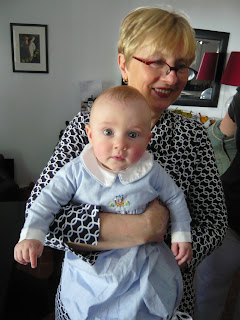 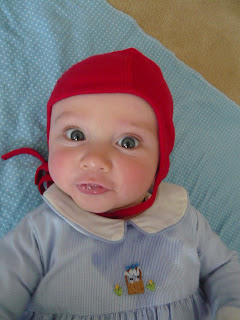 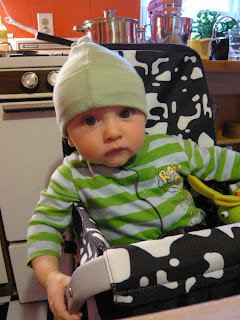 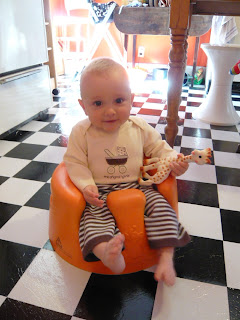 What a wild time we've had lately. Easter saw Emmett dressed in a dress, an episode in honor of his great-great grandmother, Anna Marie Eichling Reynolds. You see, Anna Marie had four children in the 1910s and 1920s in Porum, Oklahoma, but only one of them, Charles Lee Jr., survived, the others dying of various (and today very curable) childhood illnesses. Her only daughter, Wanda Lee, died at the tender age of 4, and her passing left a heavy load on Anna Marie's heart--so heavy that, years later when her own grandson was about to have his first child, she insisted that the child would be a girl and that her name should be Wanda Lee. That child turned out to be me, a boy, and I happened to be named Charles Lee IV. But Anna Marie was so old, so fragile, and so insistent that my parents decided they couldn't deny her this one satisfaction...so they dressed me in pink dresses every time they went to Anna Marie's house. She died when I was six months old, but she departed this earth happy, thinking I was a baby girl named Wanda Lee. Meanwhile, I'm left with the strange knowledge that I was a part-time transvestite for the first half-year of my life. While we haven't cross-dressed Emmett before and don't intend to carry on the tradition, we thought it would be a nice tribute to Anna Marie Eichling Reynolds to put our little man in a little Easter dress. The other pictures here show that Emmett can now sit in a high chair and grasp Sophie the giraffe. Big steps! Big steps!
CORRECTION: My mother informs me that she and my father only dressed me in a pink dress once for Anna Marie's benefit. They also reminded me that there's a photograph commemorating the occasion. I'll post it as soon as I can. I'll give you a juicy detail to tide you over: Mama's (They called her Mama) glasses are on crooked.

Posted by Chad Reynolds at 8:20 AM

Wow, Chad. Devin says he's going to call you Wanda henceforth. And what's this I hear about a move?

Just passing by your electro-home while procrastinating on my writing. Great story about Wanda Lee! Yer boy's got quite the personality, just like his pops--obvious from the picture already!

Hello and big ups to Emily--hope you're all three doin great!

Hey guys- email at susan.macpherson@gmail.com with one or both of your email addresses, so we can plan a get together!