I apologize for the more-than-month intermission between posts. Oklahoma City has been hot and rainy, and until about a week and a half ago, we didn't have Internet access. Moving into a house built in 1919 and living for a month without phone, cable, or Internet is like traveling back in time. Of course if we had traveled back in time, our home would have been much newer, the floorboards would have creaked much less than they do now, there wouldn't have been a jungle to be tamed in the back and front yards, and presumably we wouldn't have had to spend a whole afternoon ripping up a poorly laid brick walkway or two days painting over a rancid shade of mustard yellow on our bedroom walls. We're planning a big "Before and After" photospread, so stay tuned. Of course, the "after" part of that spread should really be called "now," as in "Before and Now." "After" connotes finality, as in our work here is done, which it patently is not. We'll be working on this house for years and years. Nonetheless, we've accomplished a whole lot. You'll see.

In the meantime, some observations and a small collection of photos.

Working on a historic home is much like restoring a city slowly hollowed out by the forces of suburbanization. Our old home has 37 windows--9 in our bedroom alone. But only one of these 37 windows is in working order. The rest have been painted and caulked shut for years and years and years. Why? Because when air conditioning became available and affordable in the 1960s, people thought they'd never have to use their windows again. Honestly. They assumed that having cold air reliably blast through floor and ceiling vents to create a controlled climate would be an improvement over the transom window system, whereby during the night you open the top and bottom windows to simultaneously draw in cool air and let out hot air, and during the day you close the windows to trap in the coolness. Not the best way to cool a house, admittedly. Assuredly, HVAC works better, infinitely so. No amount of adverbs can qualify that statement enough. AC works exponentially better.

But is this any reason to destroy the functionality of windows? I mean, isn't one of the true pleasures in life lying in bed at night while a breeze drifts in through an open window? Couldn't they have just left a few windows in each room uncaulked? Why let newer technologies be the ruination of certain older ones that, though outdated, still retain some usefulness? It seems like the two ought to have found a way to coexist. Right?

Well I found a cruel answer to that complaint in the attic, where I discovered that that a PVC drain pipe for the HVAC unit had been fed, rather violently, into our cast iron sewage pipe by some thoughtless technician years ago. He had to find a way to drain the condensation created by the unit, and so he took a hammer and chisel and punched a gigantic hole into the iron drain pipe and stuffed his little PVC thingie in there, and voila! No condensation! (Nevermind that giant hole.)

Something like this happened to Oklahoma City. The streetcars were ripped up and replaced by buses that didn't run on time; downtown residents fled to the suburbs; and even though the suburbs lacked the foot traffic of the old neighborhoods, retailers fled downtown when the winds of urban renewal ripped up Main Street to build a galleria mall that never got built. In the name of improvement, of progress, the city suffered one blow after the other--the city regressed--until Mayor Ron Norick drew the line in the sand and put together MAPS I to restore the lifeblood to our city. That was 20 years ago. And look at this! We've moved to an old neighborhood that's 8 blocks away from my new job. I walk to work (on the days it doesn't rain) and on my walk I pass beautiful old homes that are a testament to good design and smart neighborhood planning. I miss Boston, but I'm glad to be back.

Some photos from the past month: 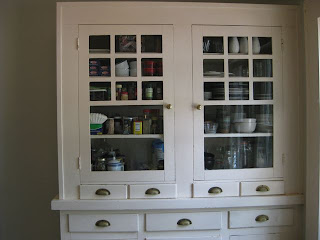 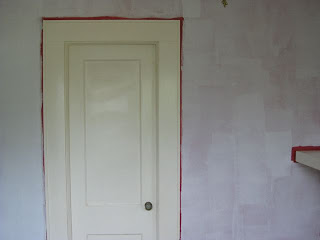 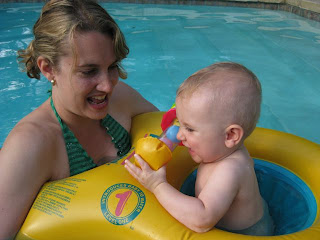 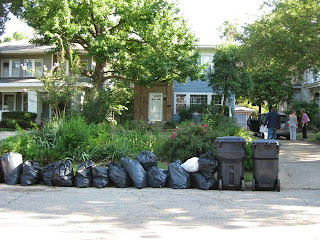 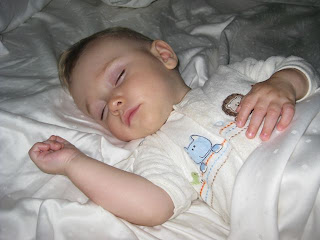 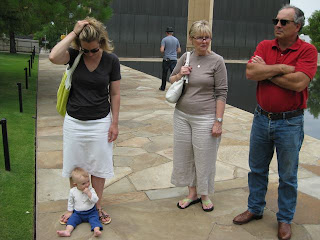 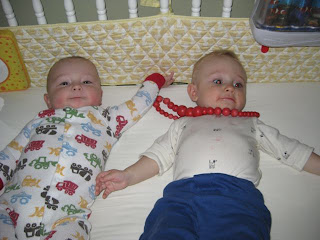 Posted by Chad Reynolds at 7:46 AM

Chad, best of luck with the renovations and your new job, and with the little one too!

Your blog is consistently a great slice of writing, filled with keen observations. Bravo!